Marijuana May Increase Abuse of Other Substances 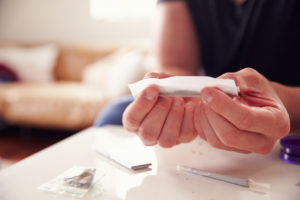 Marijuana use may increase a person’s risk for abuse of other substances, including nicotine, a new study has discovered. Researchers in this latest study cautioned that marijuana users, particularly heavy users, should be carefully monitored for signs of abuse of other substances and referred for treatment when appropriate. The findings are especially concerning in light of the changing attitudes about marijuana use across the country, coupled with the spreading legalization of marijuana for both medicinal and recreational purposes.

Dangers of Changing Attitudes about Pot

Last year, USA Today reported that only around 12 percent of Americans supported marijuana legalization in 1969. Today, more than half support legalization and many states have now moved forward with making legalization a reality, despite the fact that the substance remains banned at the federal level. Now, four states and the District of Columbia have legalized pot for recreational use, while the substance is legal for “medical” purposes in 23 states and the District of Columbia.

“Attitudes toward marijuana, both medical and recreational, have changed a great deal in the last several years, and this new study sounds a note of caution about underappreciated risks linking marijuana use to subsequent development of drug abuse and dependence,” Carlos Blanco, MD, PhD, National Institute on Drug Abuse and a researcher on the study, told Medscape Medical News.

The study, which was published online in the journal JAMA Psychiatry, looked at how marijuana use affected the risk of both substance abuse disorders and mental health disorders. Researchers studied a sampling of 34,653 adults in the U.S., which was fairly evenly split between men and women. All of the survey subjects were participating in the National Epidemiologic Survey on Alcohol and Related Conditions and were interviewed in the first wave between 2001 and 2002 and the second wave three years later.

The odds ratio for marijuana users to develop nicotine dependence was 1.7, according to this study. Other studies have shown that abuse of other substances was higher for teens that used nicotine products, increasing the dangers of developing a nicotine dependence. Tobacco also causes more deaths annually than all other substance abuse combined. There is no doubt that despite the knowledge we have today about the dangers of nicotine, it continues to be widely used among all ages and demographics in this country.

Another concern that has grown exponentially in recent years is the use of e-cigarettes, particularly among the youth of this country. According to the National Institute on Drug Abuse, teens are twice as likely to smoke e-cigarettes and cigarettes. Cannabis use may play into these statistics, as nearly six percent of teens that use e-cigarettes said they are using them to smoke marijuana.

According to this study, the odds ratio of developing an alcohol use disorder after smoking pot was 2.7. This is not the only recent study that has shown a significant association between pot and alcohol use, either. A new study published this month in the journal Drug and Alcohol Dependence found that marijuana users may be five times more likely to develop a problem with alcohol. This study included more than 27,000 adults, none of which had a problem with alcohol when they began using marijuana.

The odds ratio for developing a drug abuse disorder using a substance other than marijuana in this study was 2.6. Drugs might include both illicit drugs like heroin and prescription drugs like opioids. The National Institute on Drug Abuse estimates that abuse of illicit drugs costs the U.S. around $193 billion annually. The agency also found that around nine million men and women in the U.S. reported a problem with prescription drug abuse in the past year, with more women likely to abuse those drugs than men.

Other Risks of Marijuana

In addition to the increased risk of substance abuse disorders, regular marijuana use has a number of negative effects on the mind and body. Short-term effects of marijuana may include:

The long-term effects of marijuana are not fully understood at this time, but it appears they can be even more damaging than first thought. Those effects might include:

Marijuana sold today is much more potent than what was used decades ago. THC, the active ingredient in marijuana, can also be extracted from the plant, a process known as dabbing. Dabbing is a dangerous practice, particularly for first-time pot users, offering at least four times the strength of a traditional joint. Overdoses are possible with these substances, and emergency rooms across the country have seen patients that have suffered dangerous consequences of these substances.

In addition, synthetic forms of marijuana like Spice and K2 have hit the market, exposing users to additional hazards. These substances are completely unregulated, although they can be purchased in convenience stores and online. This means there is no way to know exactly what is in the drug, or just how potent the drug really might be, leaving users vulnerable to unpredictable and sometimes life-threatening effects.

If you are struggling with marijuana abuse, now is the time to get help. At Pasadena Recovery Center, we can help you get the treatment you need to overcome your addiction and find new life in sobriety. Call us today at 866-663-3030. 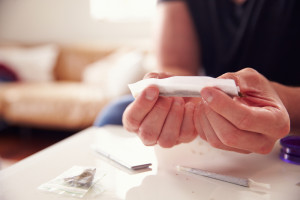 100% confidential
our agents are ready to help you